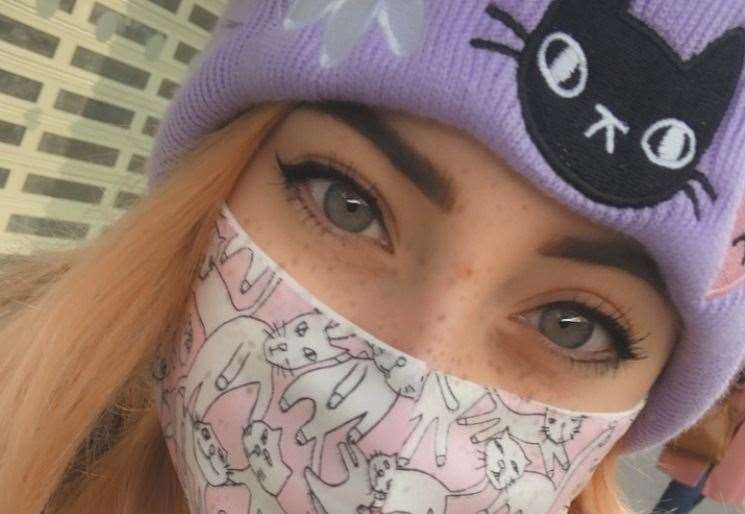 The opening of a cat café was put on its feet following a problem with architects.

Pip Harris, 25, had hoped to open his long-awaited business a stone’s throw from Canterbury Cathedral in early fall.

But a question mark now hangs over its launch.

Canterbury Tails will be the city’s very first cat cafe, offering patrons the chance to enjoy a cup of coffee and socialize with friends in the company of over a dozen moggies.

It’s a dream come true for lifelong cat lover Pip, who bought full ownership of a massive four-story apartment building in Mercery Lane with her savings and the help of her family.

The news of the cat cafe sparked a buzz online when it erupted in July, with many eager to visit and happy to see a new business launch after a tough year for Main Street.

But a problem with the architects left the project eight months behind schedule.

Pip says she has found a new architect, but is waiting for the green light from the council before construction can resume.

“I have to open as soon as possible. Every day I’m not open, I’m just bleeding money. I just have no idea when it will be again.

Pip has been living in her family home in Rochester since leaving college, in an effort to save money to make her dream come true.

“At one point, I had three jobs open,” she told KentOnline in July. “All my savings are gone.”

The Cat Cafe will cover the lower two floors of the 2,000 square foot facility, while the upper two floors will be converted into an apartment that cats can access at any time.

The building will be preceded by a store, which will offer a range of products related to cats.

Pip had originally planned to move in before her 26th birthday which she celebrates at the end of this week, but is still living with her family while construction work is on hold.

About 18 cats that Pip feels suited to the environment will come to the cafe when it launches – including the Sphynx, Maine Coon, Ragdoll, Oriental, and Siamese.

Escaped animals, unusual finds, and RSPCA news can all be found here.

Read more: All the latest news from Canterbury

Escambia School employees will soon receive $ 1,000 for their pandemic work – except teachers and principals: NorthEscambia.com