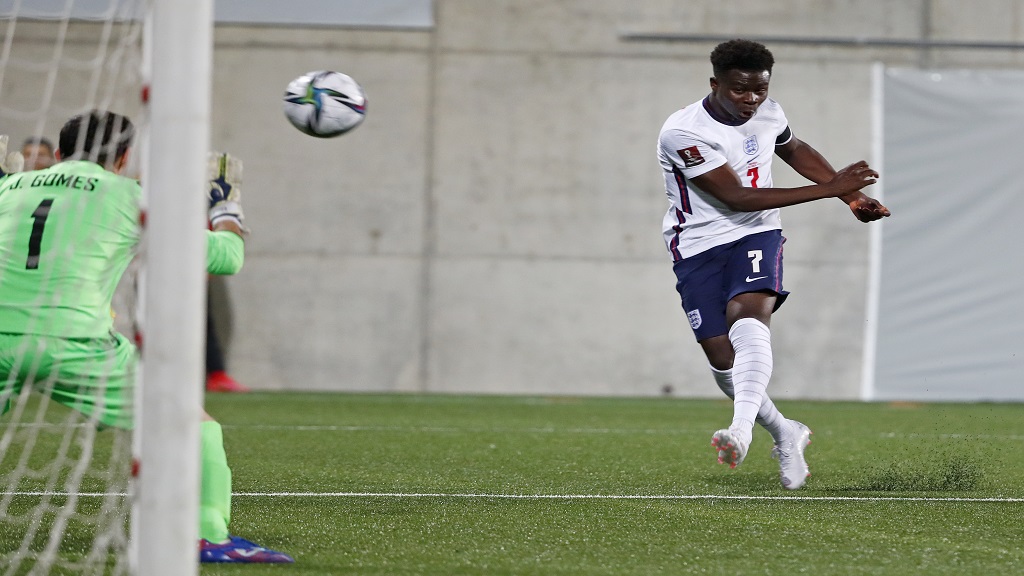 England moved closer to qualifying for the World Cup with a 5-0 victory in Andorra on Saturday.

Ben Chilwell and Bukayo Saka scored in the first half against the 156th ranked team in the world, then Tammy Abraham, James Ward-Prowse and Jack Grealish scored after the break.

Only 2,285 were present at the Estadi Nacional, where the hosts worked overnight to repair damage from the sideline fire around the TV gantry on the eve of the match.

Phil Foden was the architect of both goals in the first half, providing the ball for Chilwell’s first international goal and then Saka’s thunderous strike.

Abraham, who was making his first international start in four years, returned a cross from Jadon Sancho in the 59th minute.

Grealish was shot in the box and Ward-Prowse scored on the rebound after his penalty was saved.

Grealish scored his first England goal in the 86th, hitting past Gomes after recovering a long throw from goalkeeper Sam Johnstone.

England maintained a national record for 12th clean sheet in a calendar year.

With only the group winners automatically qualifying for the World Cup in Qatar next year, England are four points ahead of second-placed Albania.

Albania won against Hungary 1-0 thanks to Armando Broja’s goal in a stadium closed to fans due to a racist sanction.

Poland are a point further in third place after beating San Marino 5-0.