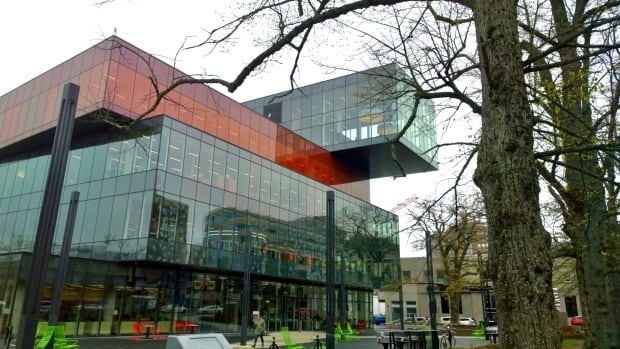 Eating and drinking have been banned in Halifax public libraries for almost a year due to the pandemic. But when they return, there will be a new place to go to the Central Library – Café Ampersand.

Halifax Public Libraries have partnered with the non-profit social enterprise MetroWorks to create cafes on the first and fifth floors of its central location on Spring Garden Road.

MetroWorks was established in 1977 and operates workshops and on-site work activities to help people facing barriers to employment learn skills and find employment.

The organization worked on a similar project at the Keshen Goodman Public Library in 2020. But the timing couldn’t have been worse, according to Dave Rideout, president and CEO of MetroWorks.

“We were scheduled to open on the same day the lockdown went into effect in 2020, so we haven’t really had a chance to see the full potential of this cafe yet,” he said.

“But I hope that with the lifting of some restrictions, we can get COVID under control, and then we can provide better service to the region, to this community.”

Rideout said the name Ampersand was chosen because it was the “and”.

He said the project will provide a “great product at a reasonable price” and, at the same time, a training opportunity for the participants.

Profits from the company will be used to support other MetroWorks projects, Rideout said.

In addition to the 25 part-time job opportunities at the two cafes, he said there would also be opportunities created in their commercial kitchen on Bayers Road, which will supply the cafes and provide catering services.

Kathleen Peverill, senior director of services for the Halifax Central Public Library District, said in a statement that the new cafe will provide a “friendly and social experience” for anyone entering the library.

“Their inclusive business model and welcoming atmosphere make them a natural partner for the Central Library,” said Peverill.

With some of the attendees expected to be new immigrants, Rideout hopes this will give them a chance to engage with their new community and introduce some foods from their culture into the library.

Rideout said with so much uncertainty about the pandemic and the decision to allow meals and drinks at the library, he is focused on making the renovations happen.

He said tenders for the work had been issued recently and that he hopes the facilities will be in place by “the start of winter or maybe the new year.”

According to the press release, no interruption to the library is planned during the renovation phase.