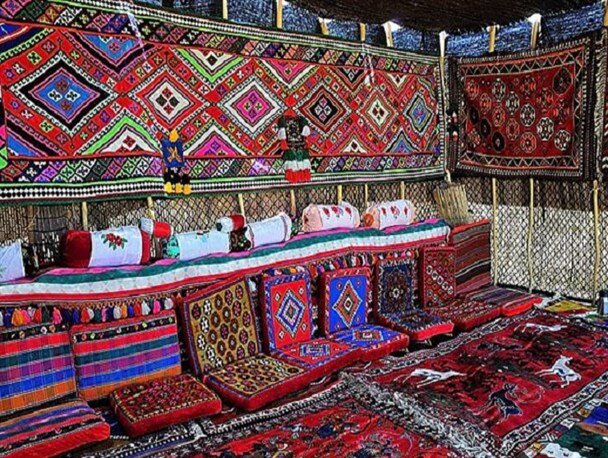 Historic mansions in southwest Iran to turn into craft hubs

TEHRAN – A total of seven historic mansions scattered across southwest Kohgiluyeh and Boyer-Ahmad province are set to turn into craft centers and markets, the provincial tourism chief said.

“All the necessary funds for these projects have been provided and the projects will be implemented soon,” Majid Safai said on Monday.

The mansions must be revived and restored, without compromising the identity of their architecture, in order to become centers of craftsmanship, the official added.

The province of Kohgiluyeh and Boyer-Ahmad is known for its nomads and its nomadic life. Tourists can live with a nomadic or rural family for a while or enjoy an independent stay and help them with everyday life. It also opens up the possibility of feeling the rustic routines, their agriculture, traditions, arts and culture.

With 14 entries, Iran ranks first in the world for the number of cities and towns recorded by the World Crafts Council, China with seven entries, Chile with four and India with three.

The value of Iranian handicrafts exports stood at $ 120 million in the first eleven months of the last Iranian calendar year 1399 (March 20, 2020 – February 18, 2021), Mehr reported. The country’s handicrafts exports have fallen in the months mentioned compared to the same period last year due to the damage the coronavirus pandemic has inflicted on global trade.

The Islamic Republic exported handicrafts worth $ 427 million in the first eleven months of calendar year 1398. Of this figure, some $ 190 million was earned through the suitcase trade (authorized for transfers in duty free and tax free) across 20 provinces, according to data compiled by the Ministry of Cultural Heritage, Tourism and Handicrafts.

Ceramics, pottery, hand-woven fabrics as well as personal ornaments with precious and semi-precious stones are traditionally exported to Iraq, Afghanistan, Germany, USA, UK and other countries.